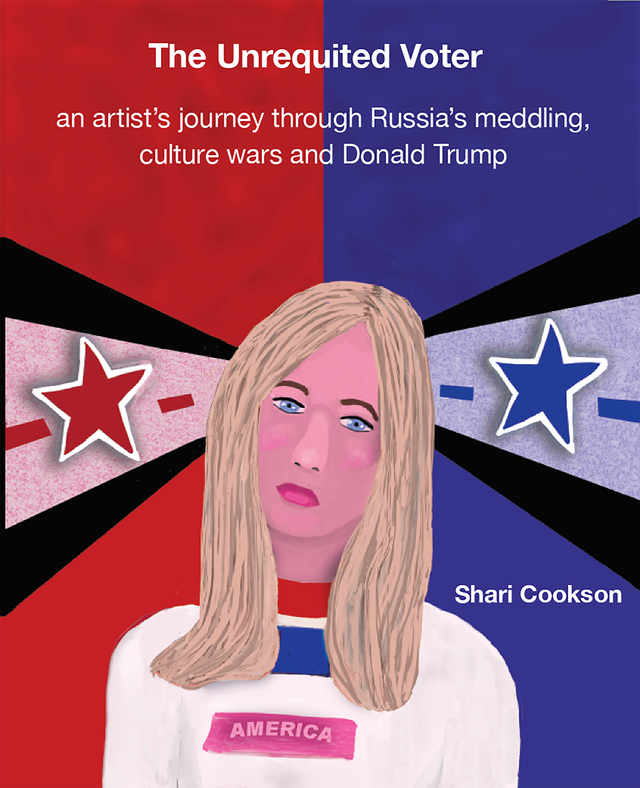 Like tens of millions of Americans who voted for Hillary Clinton in the 2016 election, filmmaker Shari Cookson eagerly anticipated what the first female president would bring to the country. But with the unlikely election of Donald Trump, hope turned to dread. A growing sense of deep concern ensued as President Trump took his administration on an unorthodox course that threatened democratic norms and constitutional norms. The revelation that Russia interfered in the election to help Trump in left many in the country wondering if we could trust the election process. It also heightened a growing divide between red and blue America—a divide Russia’s propaganda inflamed and Trump seemed intent on fanning. The unrelenting barrage of disturbing developments fueled Cookson’s desire to speak out, but her options were limited after breaking her leg shortly after the election. And so she painted. From Trump’s election through his impeachment, her paintings together with a supportive narrative of news events, personal reflections and poems tell the story of this volatile and indelible time in 21st century America.

Buy Now
Proudly powered by Weebly
ALL ARTWORK IS COPYRIGHT BY SHARI COOKSON/SCENEWORKS.  ALL RIGHTS RESERVED.  MAY NOT BE USED WITHOUT WRITTEN PERMISSION FROM THE ARTIST.